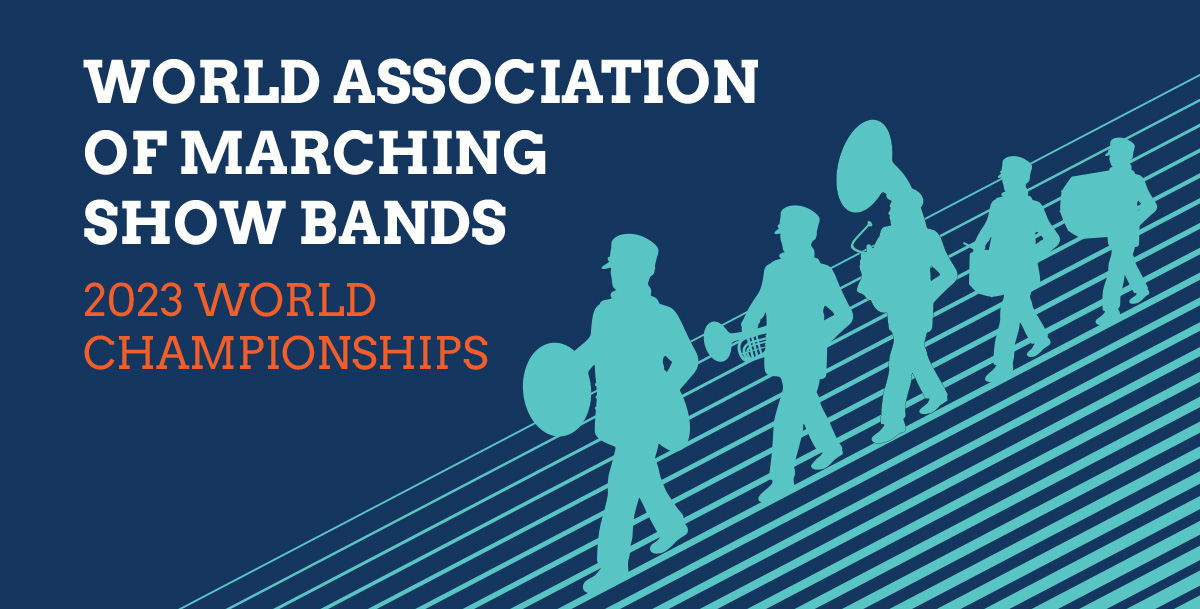 WAMSB began more than three decades ago with informal open meetings held by band directors whose bands were participating at international marching show band competitions. The directors discovered they all had common interests, requirements and concerns relating to marching show bands as well as an obvious need to increase interaction and communication between band directors, bands and band associations worldwide.

After years of meticulous work, the first sanctioned World Championship for Marching Show Bands was held in Canada in July 1996. Since then, sanctions have been granted to host the championship in Australia, Brazil, Germany, Italy, Japan, the United Kingdom, USA, Taiwan and Canada. Requests to apply for sanction have come from several other nations of the world, with Thailand, Singapore, Malaysia, Korea, Poland and Austria currently vying to host future championships.

A sanction to host the annual event is granted three years in advance with nations interested in hosting encouraged to apply five years ahead for review. Buckhannon was selected for the 2023 event after a thorough application process.